Disclaimer: This website is intended to provide general information that may be of interest to the public or other attorneys. It is not an advertisement. The positing, viewing, or receipt of information from this site or the sending of an email does not create an attorney-client relationship whether or not the visitor is an existing client of our firm, and is therefore not a privileged communication. Information exchanged via this web site may be disclosed to others.

Viewers should not send any information about any particular matter in which they are involved until our firm agrees to provide legal representation for them in that matter. Our firm cannot represent any person(s), business(es), or organization(s) until the firm is certain that no conflict-of-interest exists. Viewers of this web site should not interpret its contents as legal advice or act on its content without seeking legal counsel from a qualified attorney regarding the specific facts of their case. All potential clients are urged to make their own independent investigation and evaluation of any lawyer being considered.

"Do the best you can in every task, no matter how unimportant it may seem at the time. No one learns more about a problem than the person at the bottom." 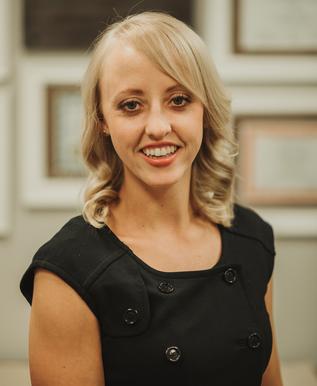 During law school, Kelly was a publishing author and an editor of the South Dakota Law Review. Kelly is licensed

to practice in Iowa and South Dakota. Kelly concentrates her current practice in the areas of Family Law,  Trial Law, and other general practice areas including, but not limited to, litigation, guardianships and conservatorships, and wills and trusts.   Kelly's family includes her husband and children. She enjoys staying active, reading, cooking, and spending time with family.

In 2012, Kelly joined the firm as an associate attorney after moving to Sioux County following two years of practicing in Sioux Falls, South Dakota. In 2017, she became a named partner with the firm.