United States District Court for the Northern District of Iowa, 2001​

United States District Court for the District of South Dakota, 2002

"Real Change, enduring change, happens one step at a time."​

"So often in life, things that you regard as an impediment turn out to be great, good fortune."

​"Fight for the things that you care about, but do it in a way that will lead others to join you."

Missy is a founding partner of the firm. She moved to the Sioux County area after having practiced in Sioux City for six years.

Missy was raised in a military family, living in several states and countries before attending the University of California, Davis on a Regents Scholarship; earning a Bachelor of Arts degree with Highest Honors in psychology in 1995. Missy continued her formal education at the University of South Dakota School of Law where she received her Juris Doctor in 1998 and also worked toward a Masters of Business Administration Degree. During law school, Missy wrote for, and was an editor for, The Great Plains Natural Resources Journal, earned the Best Appellate Brief award in Moot Court competition, and received several academic excellence awards.

​Missy is licensed to practice in Iowa, South Dakota, and Nebraska. She is a past District Representative for the Young Lawyers Division of the Iowa State Bar Association. In her current practice, Missy specializes in Family Law matters, where her strong ethical

beliefs and determination are used to bring about the best possible results for her clients. In addition to dissolution of marriage and custody actions, her practice includes guardianships and conservatorships, Wills & Powers of Attorney, Juvenile Court matters, and all facets of family law. 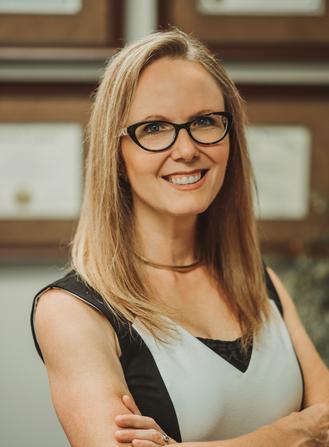 Disclaimer: This website is intended to provide general information that may be of interest to the public or other attorneys. It is not an advertisement. The positing, viewing, or receipt of information from this site or the sending of an email does not create an attorney-client relationship whether or not the visitor is an existing client of our firm, and is therefore not a privileged communication. Information exchanged via this web site may be disclosed to others.

Viewers should not send any information about any particular matter in which they are involved until our firm agrees to provide legal representation for them in that matter. Our firm cannot represent any person(s), business(es), or organization(s) until the firm is certain that no conflict-of-interest exists. Viewers of this web site should not interpret its contents as legal advice or act on its content without seeking legal counsel from a qualified attorney regarding the specific facts of their case. All potential clients are urged to make their own independent investigation and evaluation of any lawyer being considered.